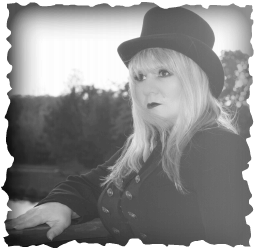 Introducing Sabrina as the Gypsy (Stevie Nicks). Sabrina’s uncanny matching vocals of the iconic Gold Dust Woman, along with her resemblance, will take you on a haunting musical journey through time with her spellbinding renditions of Steve’s most popular hits.

A Southern California native who relocated to New Jersey in the early 90's, Sabrina’s love for Stevie began at the age of 6 after hearing the first few chords of “Rhiannon”. Since that very day, Stevie’s music has been a constant inspiration, making Stevie her all-time favorite idol.

A professional vocalist since she was 11 years old, Sabrina’s musical career has spanned the world of country, rock, funk, disco, theater and pop music.

With her magnetic stage presence, flowing skirts, shawls and platform boots, Sabrina sails her way through a fantastic set of Stevie's greatest hits, playing to the audience as only Stevie can. Sabrina sings from her heart, which is obvious as you watch her perform renditions of "Landslide", "Edge of Seventeen" to “Stop Draggin’ My Heart Around”.

Sabrina will leave you believing you are actually in the presence of Stevie, making your encounter a true Stevie Nicks experience. 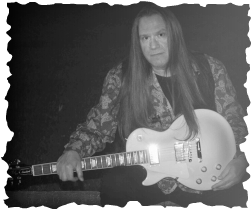 Rob is a New Jersey native, an experienced, creative performer and a multi-instrumentalist.

Rob first began his musical career playing drums at the age of 9 which ultimately led him to learn piano, bass, and guitar.  Rob has been dedicated to the guitar ever since and is heavily influenced by progressive rock, funk, blues, jazz, and classical music.

Since then, Rob has had multiple musical projects and has performed at many of New Jersey’s top music venues with such acts as, Jester, Shyer, White Men Can Funk, the Rob Staats Victory Project (R.S.V.P.), Mirror Mirror, and Left Overture.  Rob is also the Founder and Lead Guitarist for New Jersey’s rock cover band, Simple Groove.

Rob’s passion and dedication to the guitar can be shown during any of his performances where he pours his heart and soul into every melodic note he plays. 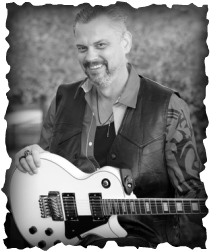 Brad is one of the 2 guitar players in the band and also our Producer. Born and raised in New Jersey, Brad’s love of music began as young lad riding in the backseat of his Mom and Dad’s car while listening to AM radio.

At age 11, Brad picked up the guitar where he was heavily influenced by a myriad of musicians, from The Eagles to Yngwie Malmsteen.  His eclectic taste in music runs a wide array from Billy Joel, Jackson Browne to Judas Priest, Ozzy, Randy Rhoads and of course, Stevie Nicks.

Also a seasoned musician, Brad has spent time in various bands playing throughout the Tri-State Area at such legendary clubs as, L'Amour in Brooklyn to local NJ venues like, Studio One, Sneakers, and Club Bene’.

Along with Brad’s creative contribution to the band and his tremendous feel for his instrument, he is also noted for his innovative rhythm playing and creative guitar riffs which are extremely flattering to all of the performances.
Drums  - Brian Abate 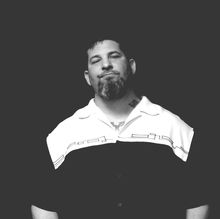 Brian is lifelong music lover. This NJ native began playing drums at age 12 when his     friends wanted to put a band together.  Since Brian’s brother already played drums   and they were easily accessible, Brian soon began his path as a rock drummer.

In the beginning, Brian’s influences were predominantly rock and metal (Neal Peart & Nicko McBrain) but as he got further into his drumming craft, it opened him up to all   kinds of music and drummers such as, Stewart Copeland & Gary Husband.  Although,   Brian states, “I'm influenced by every drummer.”

Brian began performing professionally in 1986 which led to other successful gigs including a stint at the legendary CBGB’s.
Bass & Backing Vocals - Michael Grossman 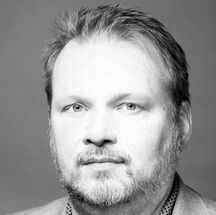 Music has always been a part of my Michael's life. At age 6, Michael began playing     piano but fell in love with playing the bass at age 16 and hasn't stopped since.

Michael holds a B.S. degree in Jazz and his musical interests vary from Jazz to         Progressive Metal. 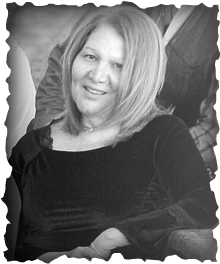 Bonnie was born in Brooklyn, N.Y. and took violin lessons at an early age. As a teen, she attended the New York Academy of Dramatic Arts and performed in off-Broadway productions and musical theatre.  She has been a member of the U.G.H.A. (United in Group Harmony Association) playing with the group “Mystique” at the Parsippany Hilton Lead East Show.

In 2003, she was the featured vocalist with Matt Schwarz on “The Lost Way” CD.  She then joined “Brain Damage: A Tribute to Pink Floyd” performing at Widener University, the Colonial Theatre and Arts & Music Centers throughout the tri-state area.  She has studied under Badiene Magaziner, Vocal Coach.

Other Accomplishments: Earned her Ed. D. in Educational Leadership (2013) 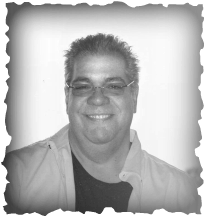 Ralph hails from Brooklyn, NY and now resides in New Jersey.  He brings over 40 years of experience to the band which include, Vocals and Keyboard Programming.

Ralph began his musical career at the age of 8, playing the accordion at class recitals. Shortly thereafter, Ralph traded in his accordion for an electric organ at the age of 10 and began playing with local friends, performing at various church dances and block parties. Ralph says, " Once I heard Santana and the Hammond solos, I was hooked on that sound."  Some of Ralph's musical influences include, Santana (Gregg Rolie), Elton John, Billy Joel, The Rascals, and Chicago's Robert Lamm.

He has performed throughout the East Coast at various venues such as, OBI East/West in Long Island, L'Amour, the Miami Club and for the Relay for Life foundation. His past bands have included, Just Us, Caracas, Heartbeat, Backstage Pass, Party Of Two, and Free Pass.

Ralph spent most of his adult life in the technical field. He was Manager for Bank Of Montreal, SIAC and Manager of Technical Support Editorial System for Newsweek Magazine for fourteen years.

Now, Ralph is enjoying his time playing in Gypsy, A True Stevie Nicks Experience.  Ralph states, "This is a great opportunity for me to play with some accomplished singers and musicians." 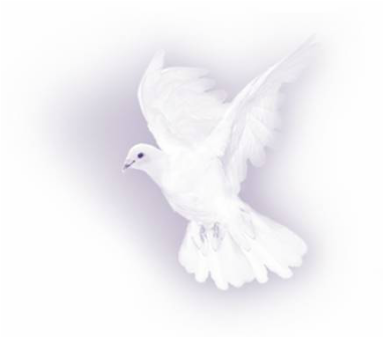